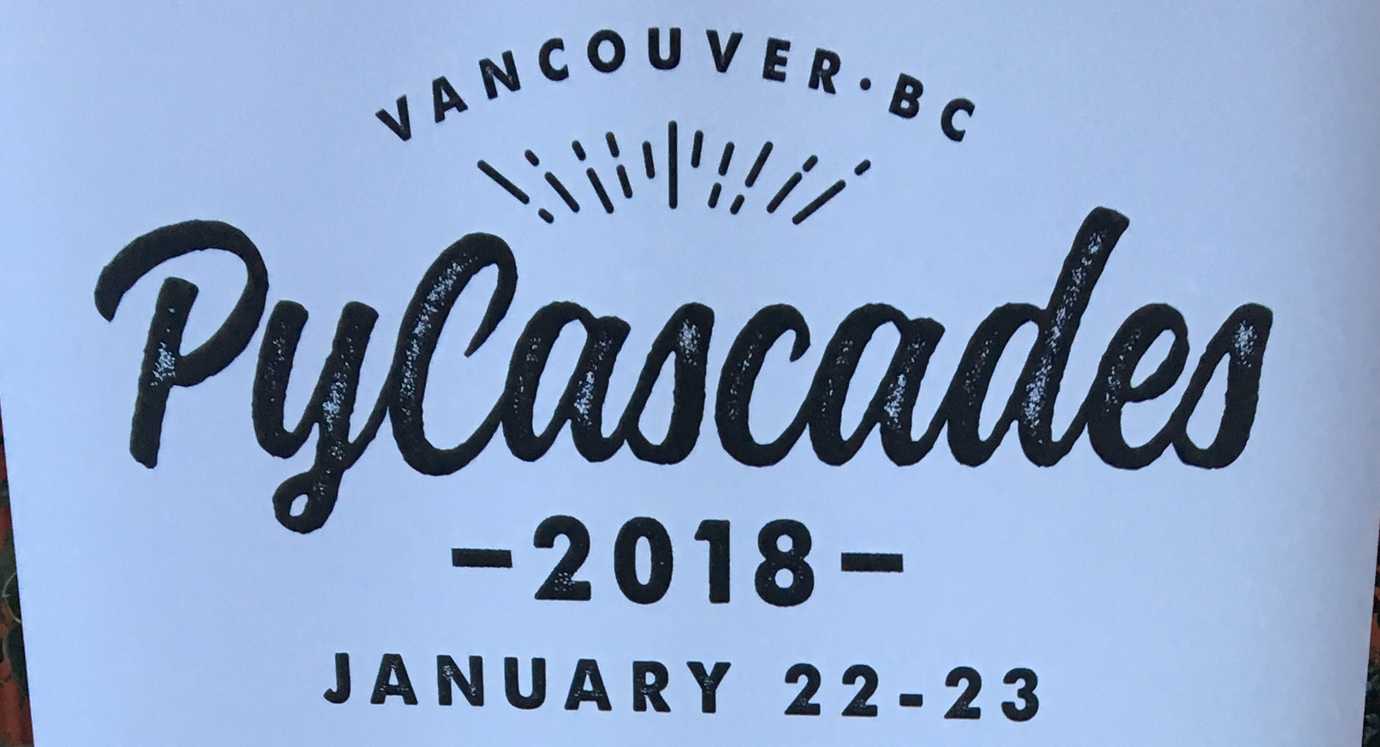 On January 22-23, I attended and volunteered at PyCascades in Vancouver, Canada. The inaugural pacific-northwest regional Python convention. It was held in a theatre in Granville island; a small tourist-focused niche of the city. While conventions in the city are typically held at the convention center in the downtown core, the smaller somewhat isolated venue allowed for a much more intimate event. This was perfect as the single-track conference was small and attendees did not have to venture far for food.

Some of my personal highlights from the conference were meeting the BDFL himself, Guido van Rossum; meeting more local Vancouver devs from innumerable backgrounds; and immersing myself in everything Python for two days. It felt like a vacation!

As the conference was a single-track event, I was able to attend all but two of the talks given; which were missed as I was busy attending to my volunteering duties.

All the talks during were excellent! However, I’d like to mention the ones I found interesting. This is list is unordered.

Emily Morehouse-Valcarcel: The AST and Me

A dive into Python’s Abstract Syntax Tree; what it is and what can be done with it. I have definitely not spent enough time understanding Python under the hood, and really appreciated a fairly technical discussion it.

One of my first jobs out of University, I worked within a team at a company that was entirely married to spreadsheets; even when they weren’t appropriate. These spreadsheets were fragile and hard to deal with, and often were used in situations in which a database would be more appropriate. This talk reminded me a lot of my experiences during my tenure at that company, and inspired me to either talk or write about my challenges at that time.

I am lumping these two talks together as what I took away from each was similar. They challenged me to take a critical look at my biases, and how to influence positive change in my organization from a position in which where I cannot directly initiate change.

I came into PyCascades expecting to learn about new and exciting ways to use Python, or a mind-blowingly technical algorithm that would solve a previously unsolvable problem. I was hoping to learn more from a technical standpoint. What I ended up taking the most away from the conference instead was to challenge my self-perceptions of my biases and how to influence positive change from my organizational positions. I’ve also had my desires ignited to give back with my desires to contribute to open-source, and a renewed inspiration to contribute to the community at large.